Antisemitism is a certain perception of Jews, which may be expressed as hatred toward Jews. Rhetorical and physical manifestations of antisemitism are directed toward Jewish or non-Jewish individuals and/or their property, toward Jewish community institutions and religious facilities.

Contemporary examples of antisemitism in public life, the media, schools, the workplace, and in the religious sphere could, taking into account the overall context, include, but are not limited to:

Calling for, aiding, or justifying the killing or harming of Jews in the name of a radical ideology or an extremist view of religion.

Denying the Jewish people their right to self-determination, e.g., by claiming that the existence of a State of Israel is a racist endeavor.

Holding Jews collectively responsible for actions of the state of Israel.

Making mendacious, dehumanizing, demonizing, or stereotypical allegations about Jews as such or the power of Jews as collective — such as, especially but not exclusively, the myth about a world Jewish conspiracy or of Jews controlling the media, economy, government or other societal institutions.

Accusing the Jews as a people, or Israel as a state, of inventing or exaggerating the Holocaust.

Applying double standards by requiring of it a behavior not expected or demanded of any other democratic nation.

Accusing Jews as a people of being responsible for real or imagined wrongdoing committed by a single Jewish person or group, or even for acts committed by non-Jews.

Using the symbols and images associated with classic antisemitism (e.g., claims of Jews killing Jesus or blood libel) to characterize Israel or Israelis.

Drawing comparisons of contemporary Israeli policy to that of the Nazis.

Accusing Jewish citizens of being more loyal to Israel, or to the alleged priorities of Jews worldwide, than to the interests of their own nations.

Denying the fact, scope, mechanisms (e.g. gas chambers) or intentionality of the genocide of the Jewish people at the hands of National Socialist Germany and its supporters and accomplices during World War II (the Holocaust).

Recent Examples of Antisemitism in Canada 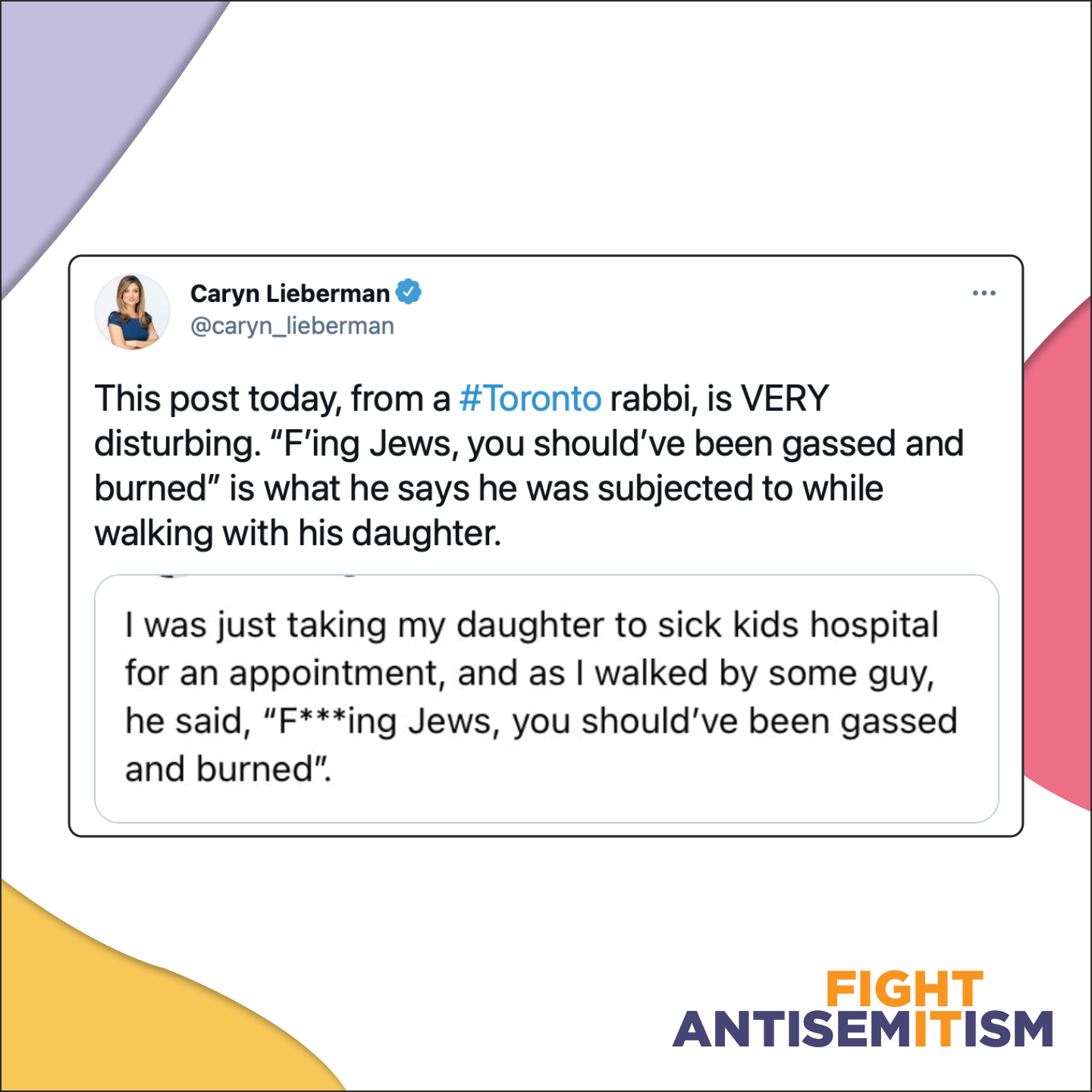 Harassment of a Rabbi who was on the way to the hospital with his child accosted with calls that Hitler was right and Jews should have been gassed and burned. 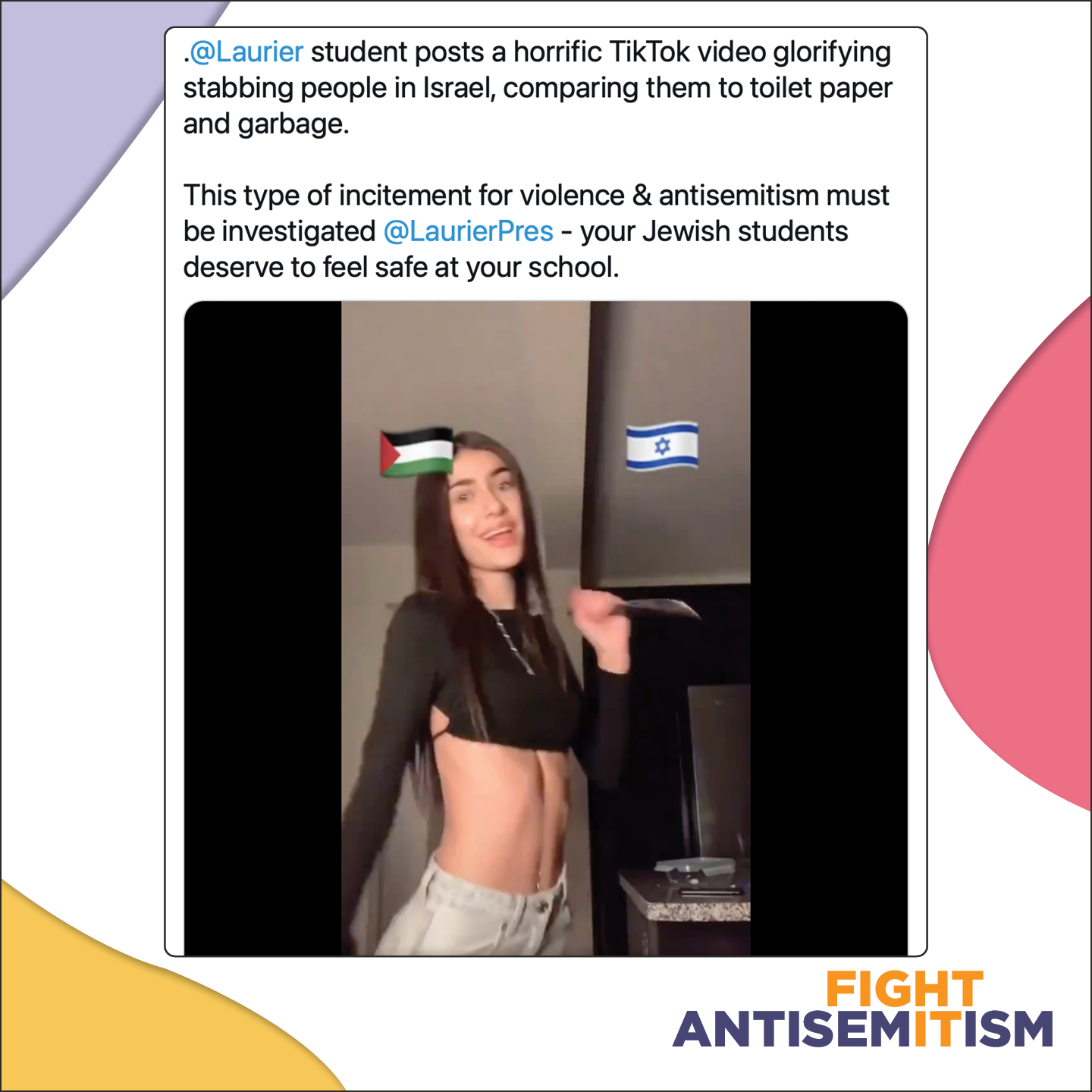 Laurier student uploaded a video glorifying and inciting violence while making stabbing motions with a knife. 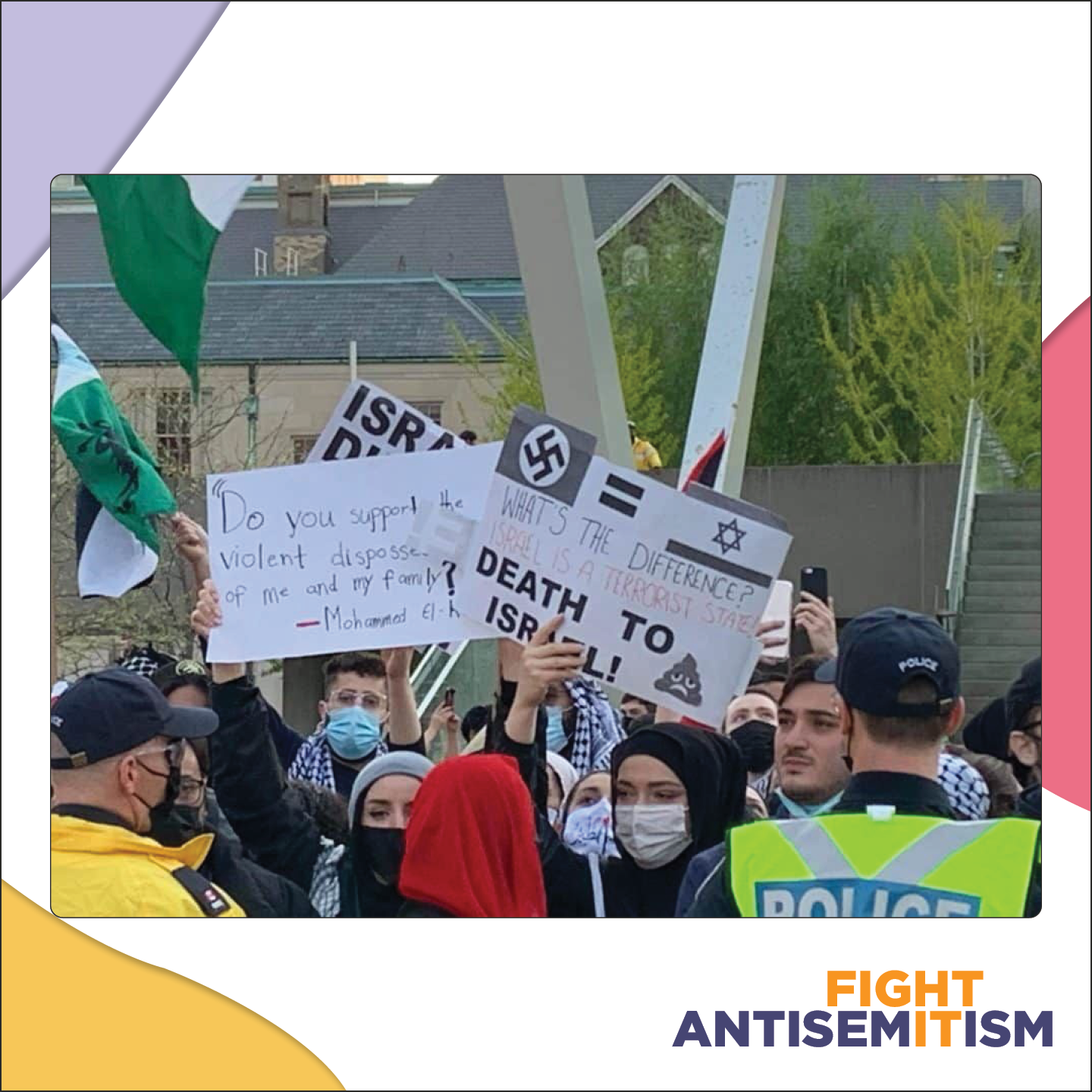 Repeated use of Nazi symbols, calls for Death to Israel. 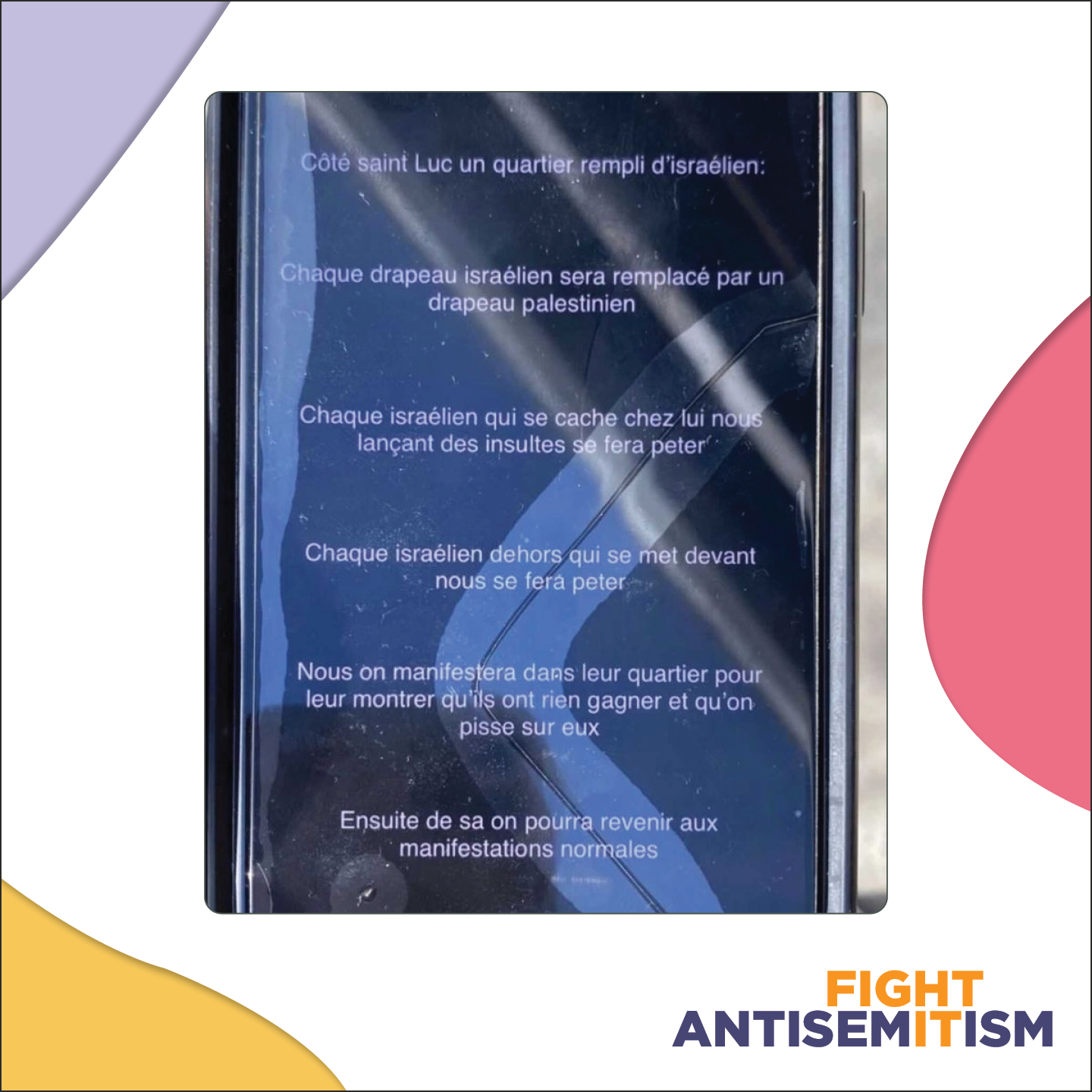 Post on Instagram stating that Cote saint Luc is full of Israelis: every flag of Israel should be replaced by a Palestinian flag; every Israeli who is hiding should receive insults; every Israeli in front of us should be broken; we are going to their neighborhood to show them that they can’t win and that we will piss on them; after this is done, we will return to normal. 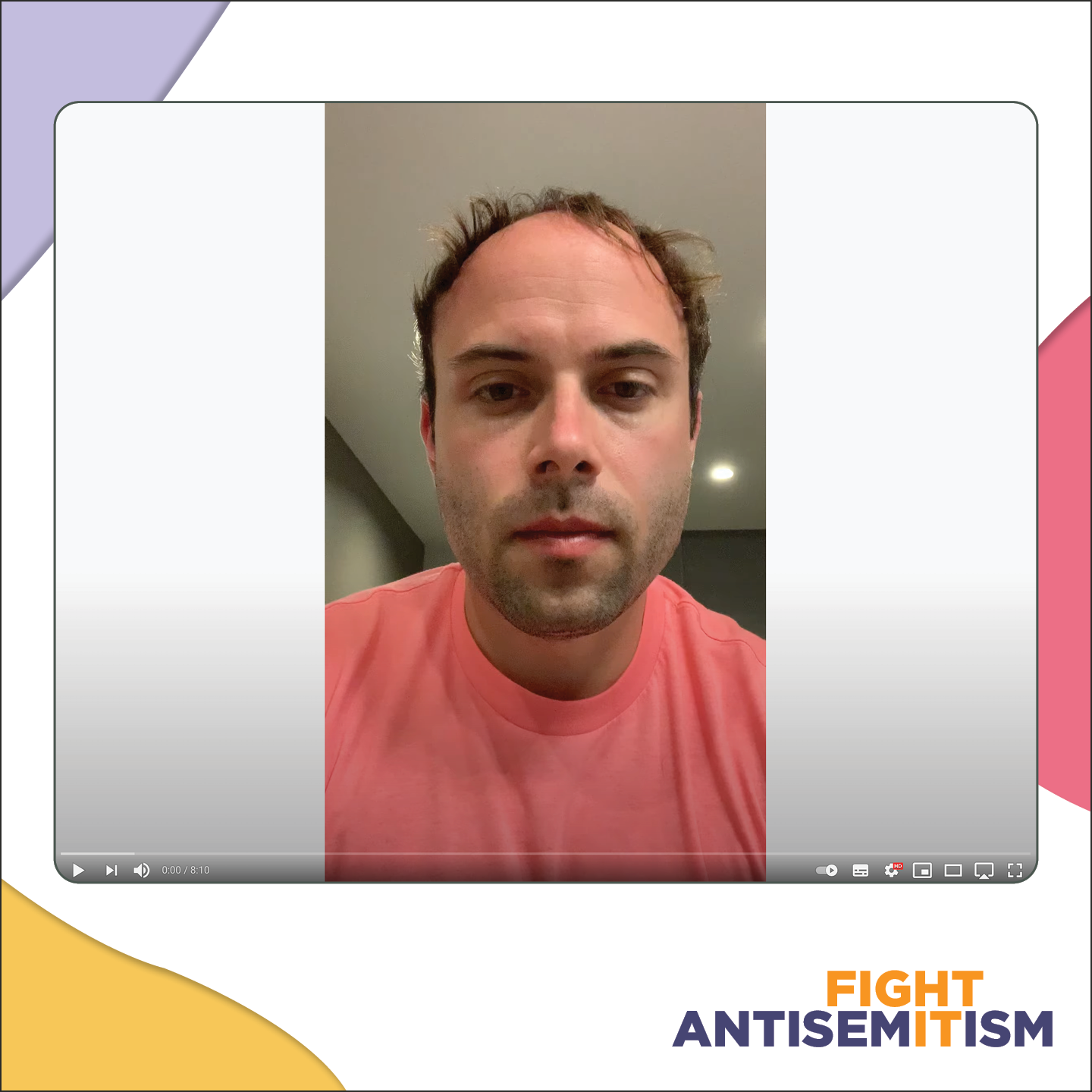 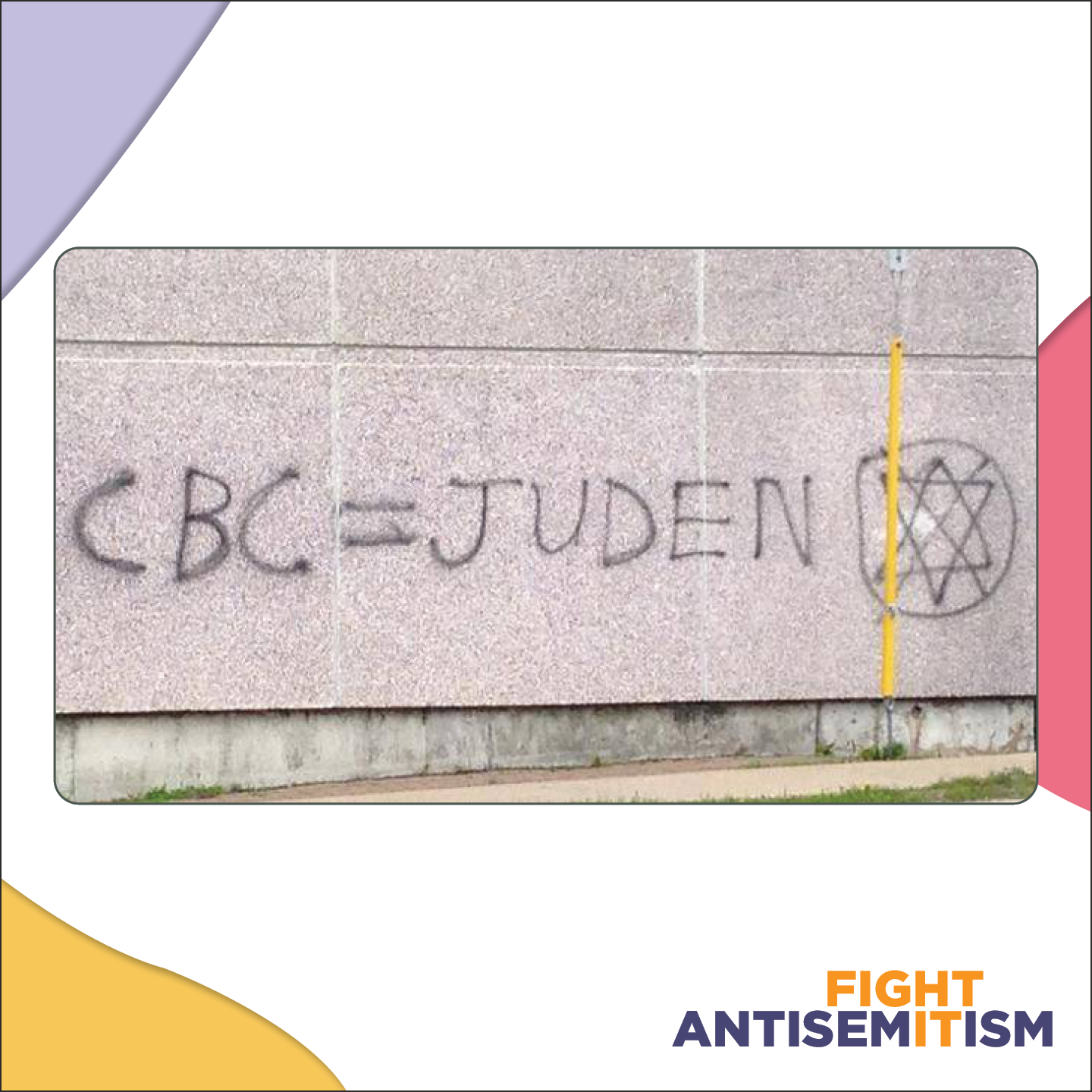 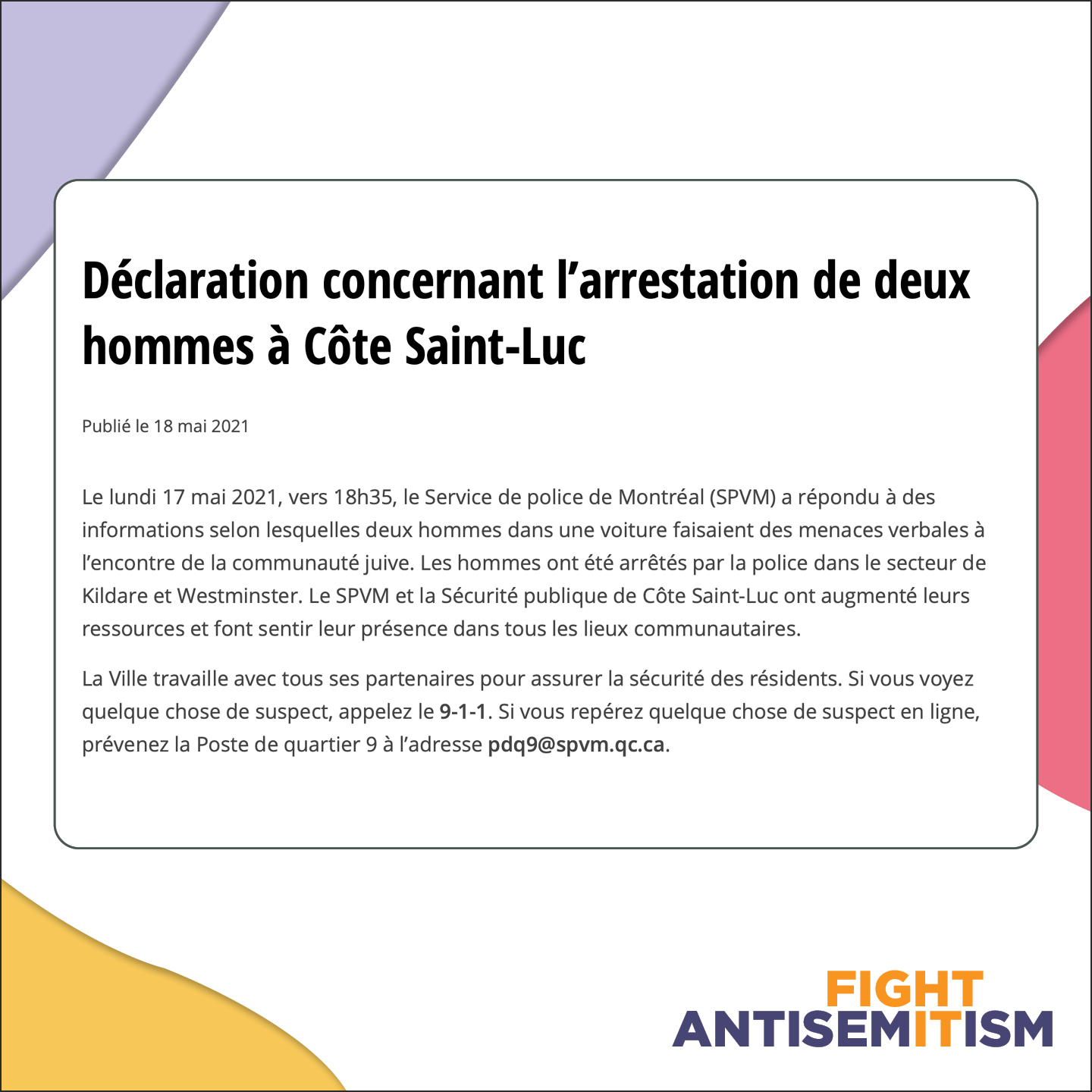 Arrests made in Montreal. 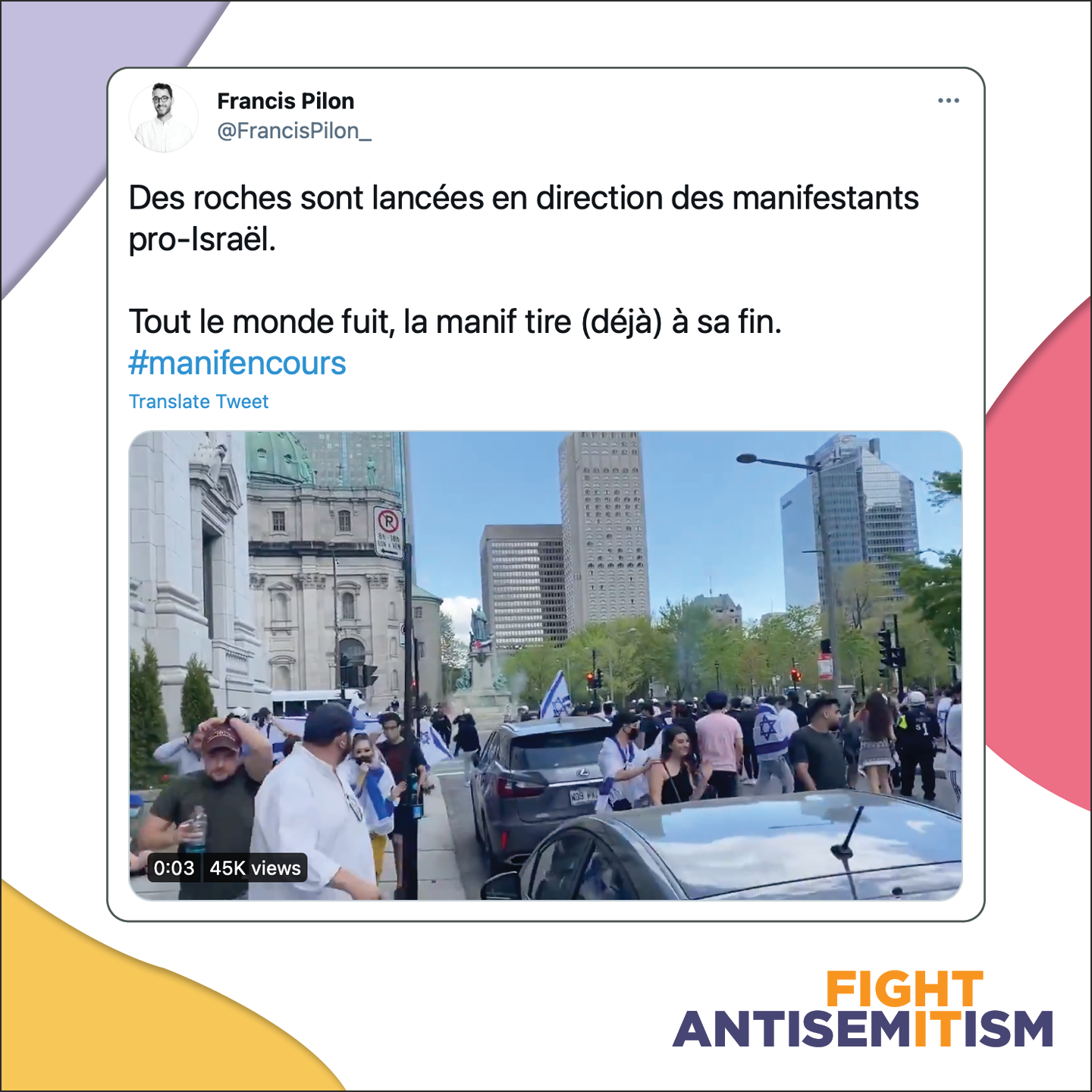 How are Israel and antisemitism related?

An important distinction must be made between Zionism, the belief in the development and protection of a Jewish nation in the modern state of Israel, and the Government of Israel and its policies.

The deep connection between the Jewish people and the land of Israel spans millennia. For some religious Jews, this connection is rooted in scripture, but for many non-religious and atheist Jews, Israel represents the fulfilment of Jewish self-determination and a “return to Zion” – another name for Jerusalem – after 2000 years of exile. For the vast majority of Jews worldwide, the small Jewish state represents the one place where the Jewish people, as well as their culture and their language, are protected.

Denying the Jewish peoplehood or the right of the Jewish people to self-determination, by seeking to dismantle the state of Israel or by disenfranchising its inhabitants, is a form of antisemitism.

Here’s where things cross the line:

Let it be clear: Criticism of Israel is not antisemitic, and saying so is wrong. But singling Israel out for selective condemnation and opprobrium – let alone denying its right to exist or seeking its destruction – is discriminatory and hateful, and not saying so is dishonest.